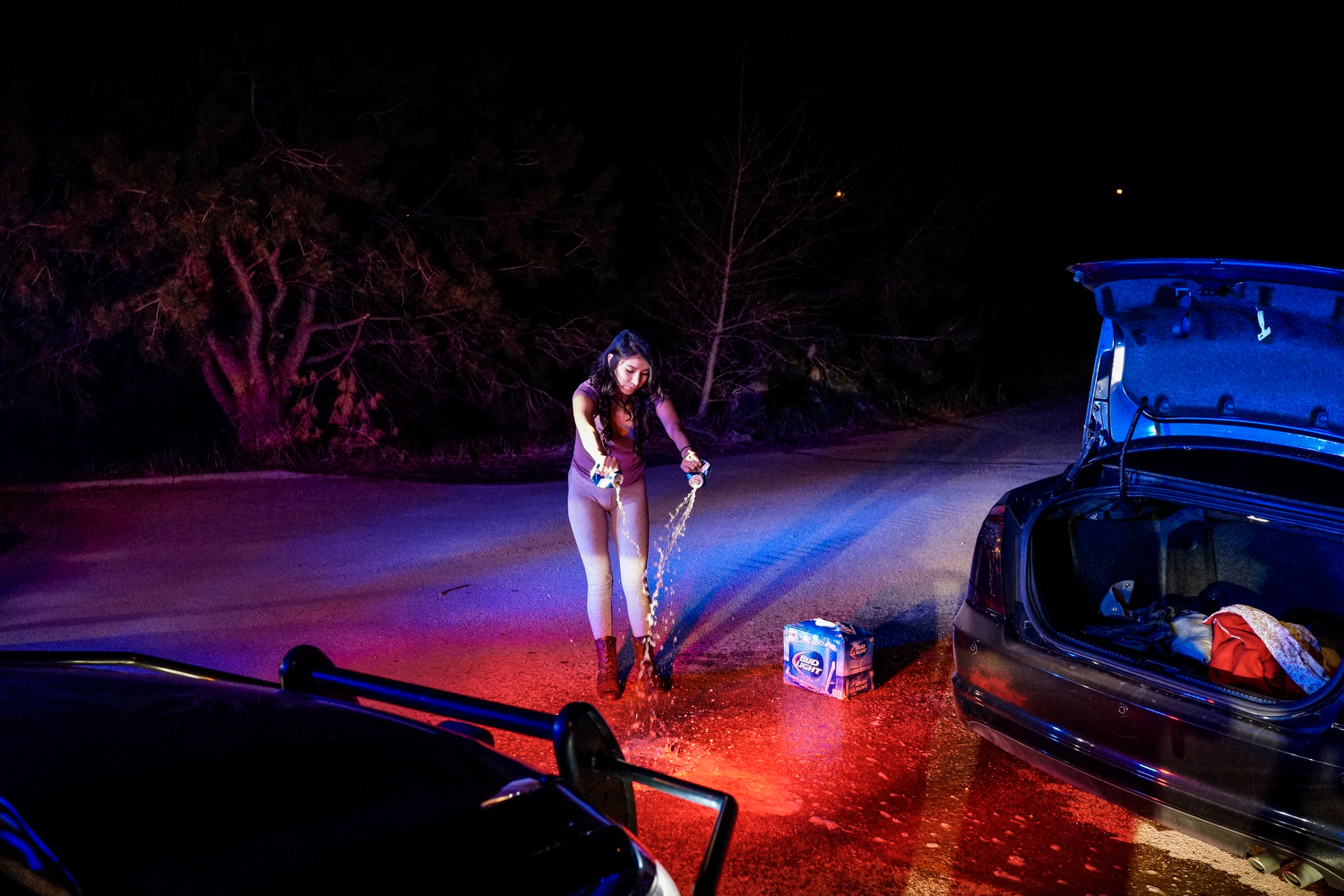 2014. Oglala, SD. USA. A young woman pours out beer after the driver of her car was pulled over and arrested for a DUI. She blew a 0.0 on the Blood-Alcohol reading and was let go after emptying all of the alcoholic beverages found in the car. Pine Ridge Reservation has a massive problem with alcoholism. Although alcohol sales are banned on the reservation, the nearby border town of Whiteclay, Nebraska has four liquor stores, which sold over 4.9 million cans of beer in 2010 to mostly Oglala Lakota from Pine Ridge. Alcoholism is estimated to affect 85 percent of the families. (source: Wikipedia).